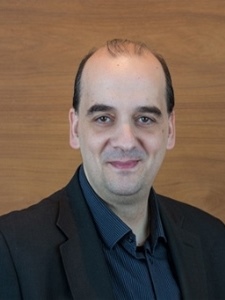 Konstantinos E. Farsalinos, M.D., MPH is a research fellow at the Onassis Cardiac Surgery Center in Athens-Greece, at the Department of Pharmacy, University of Patras-Greece and at the National School of Public Health-Greece. He has been conducting laboratory, clinical and epidemiological research on e-cigarettes as a principal investigator since 2011. Examples of his work include the first study on the cytotoxic effects of e-cigarette vapor on cultured cells and the immediate effects of e-cigarette use on cardiac function and coronary circulation. He has analyzed patterns of e-cigarette use based on large European and US population surveys (Eurobarometer, National Youth Tobacco Survey, National Health Interview Survey). He also co-authored the first systematic review on e-cigarette safety, published in 2014. Additionally, he is performing research work on heated tobacco products. His research findings have been presented in major international scientific congresses and his studies were used in preparing the regulatory framework on e-cigarettes by the European Union. As of 2019, he has published more than 70 studies and articles in international peer-reviewed scientific journals about smoking, tobacco harm reduction, and e-cigarettes. He was the handling editor and author in a book titled “Analytical assessment of e-cigarettes”, published by Elsevier in 2017.